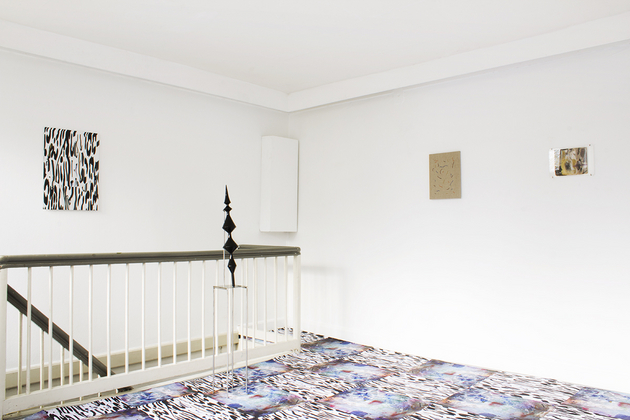 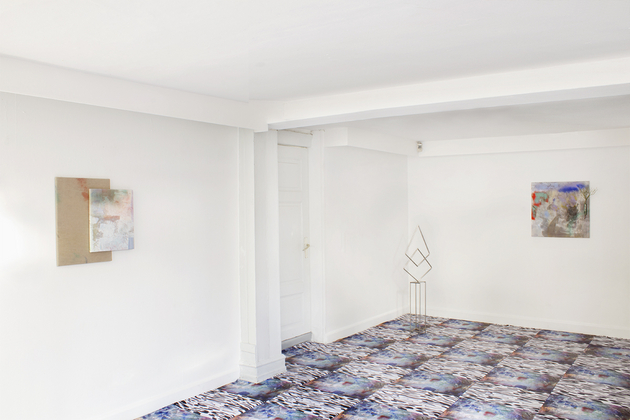 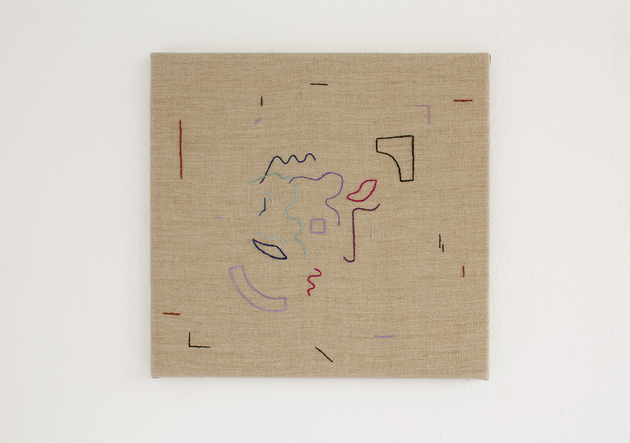 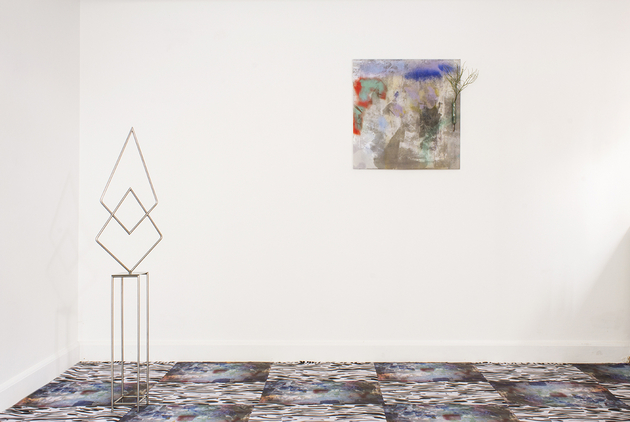 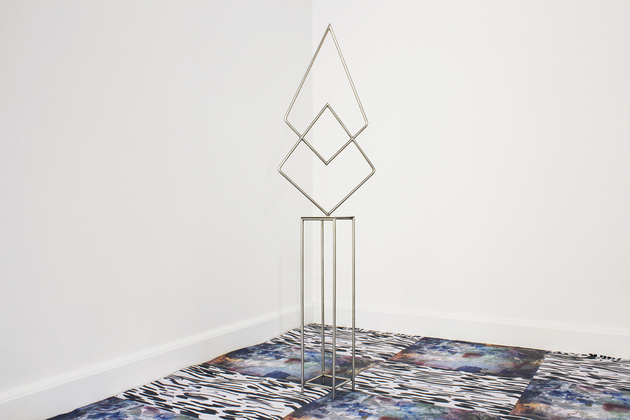 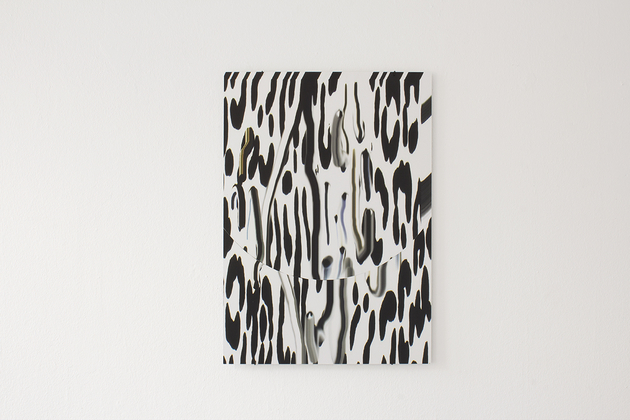 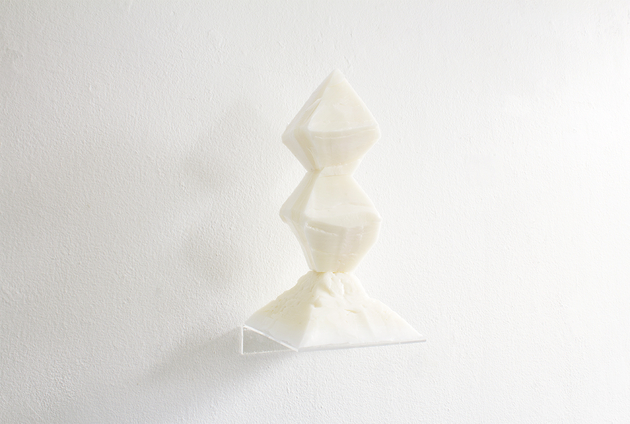 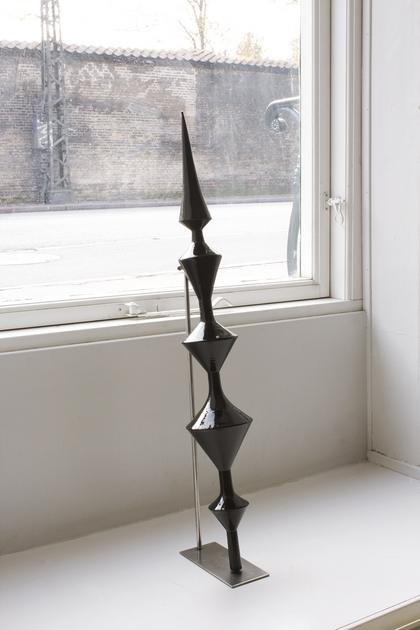 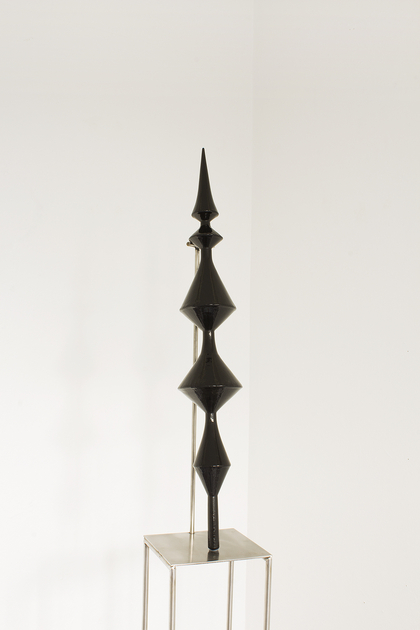 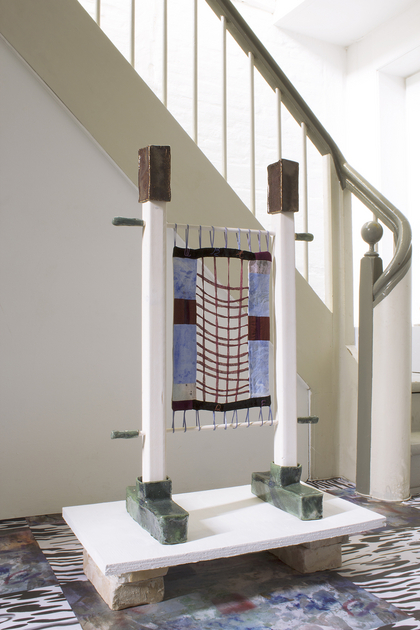 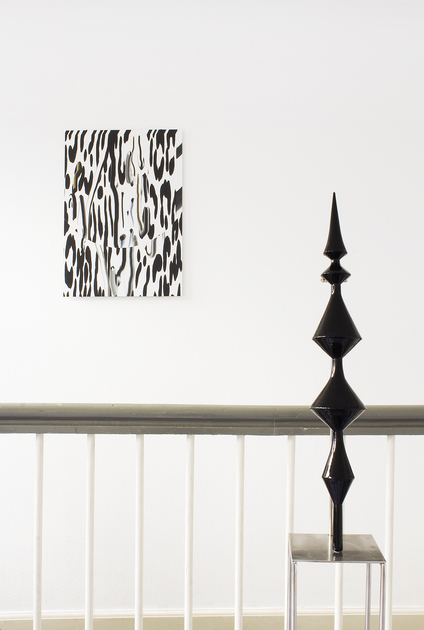 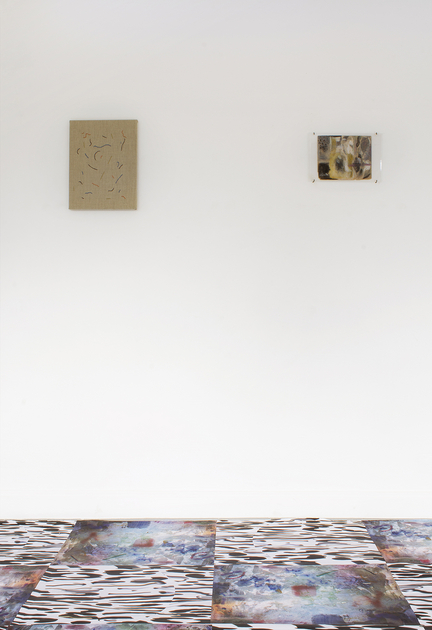 Might Enlighten Personal Nocturnal Bloom, is a duo-exhibition by Swedish artist Nadine Byrne and Danish artist Marie Edinger Plum. The exhibition consists primarily of new works from both artists; embroidery, paintings and objects installed in a scenographic setting and a site-specific collaborative work which fills the floors of the gallery.

In the exhibition MEPNB (which is also the initials of the artists), the material becomes the bearer of a communication that transcends time and space. The works are used as a foundation to push trough the boundaries of what we perceive as reality – and here and now.

A dialog is also initiated between the works of the two artists. Common patterns speak of nationality and backround. Questions are raised but not fully answered. How are we alike? How are we separate?

Plum’s works treat in different ways the relationship between self-promotion and fragility. Each of the works came through their translation of materials reference to appear as scenographic props. Byrne on the other hand refer to something more ephemeral, hard to grip, but take their beginning in something as real as loss.

Nadine Byrne graduated from The Royal Institute of Art in Stockholm in 2011. She is currently based in Stockholm and has exhibited and performed in places like Bilbao, NYC, Milano and Bergen.

Marie Edinger Plum graduated from the Royal Danish Academy of Fine Arts in 2010 and studied at the Akademie der Künste bildenden, Vienna in 2009. Past exhibitions include among other Overgaden, Toves gallery, OK Corral, in February 2015, a solo in Santiago, Chile. She is currently based in Copenhagen.

For further information about the exhibition and press photos, please contact@marieplum.com